This competitive analysis example is an example of using win/loss analysis to provide the knowledge to make a smart strategic decision. This is an excerpt from the book, Win/Loss Analysis: How to Capture and Keep the Business You Want.

We learned our Board used the BCG Share of Market to examine market share of our acquisition prospects. This tool clearly showed the position of the five players we were benchmarking for this analysis.

Companies A, B and C had a combined share of more than 60% of the US voice communications market. Companies B and C were acquisition candidates, although Company B had a larger market share than Company C. The BCG tool also showed the share and growth weaknesses of the voice communications systems we were marketing from Companies D and E. 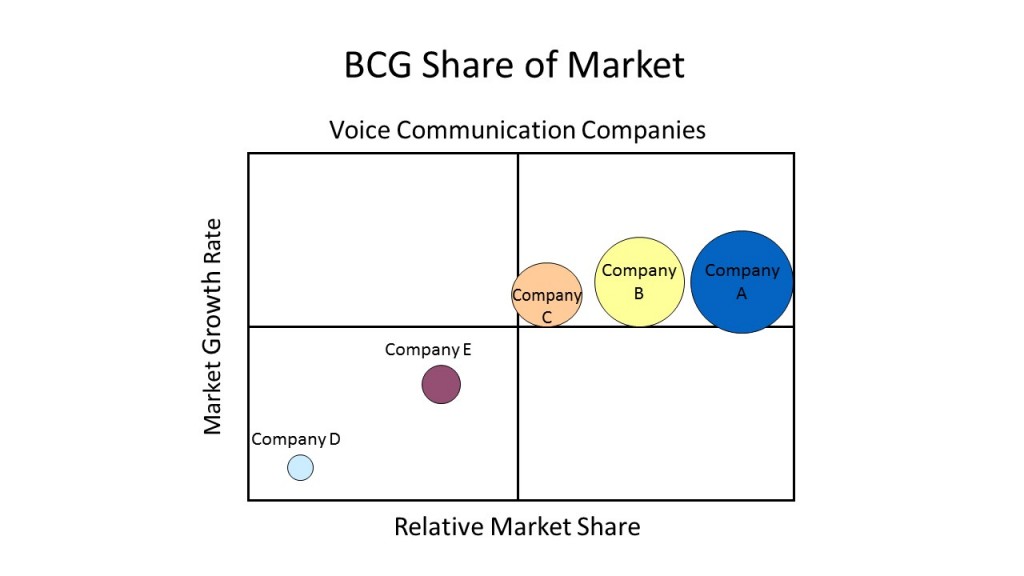 The Board was considering two acquisition candidates, Companies B or C. Both were manufactured in the US. Company C’s system was technically challenging to install, maintain and repair. Our crews would need extensive training to learn this new architecture. We were concerned that Company C’s products might not be compatible with our installed base. However, it was a technically superior product to Company B’s. And for this reason, in particular, one of our board members was keen to acquire Company C.

Company B’s system would require less training for our crews than Company C’s, since the system architecture was compatible with our installed base. Yet it was considered to be less high tech than Company C. Company A was the market leader and was not for sale.

We evaluated the two acquisition targets by taking a broad view of the seven features that customers valued, and this became a key point of our decision-making. Thus we let the customer inform our decision-making rather than our egos. This would help us make a better buying decision, and improve our win rate in voice communications. We included Company A in our feature comparison as a benchmark. 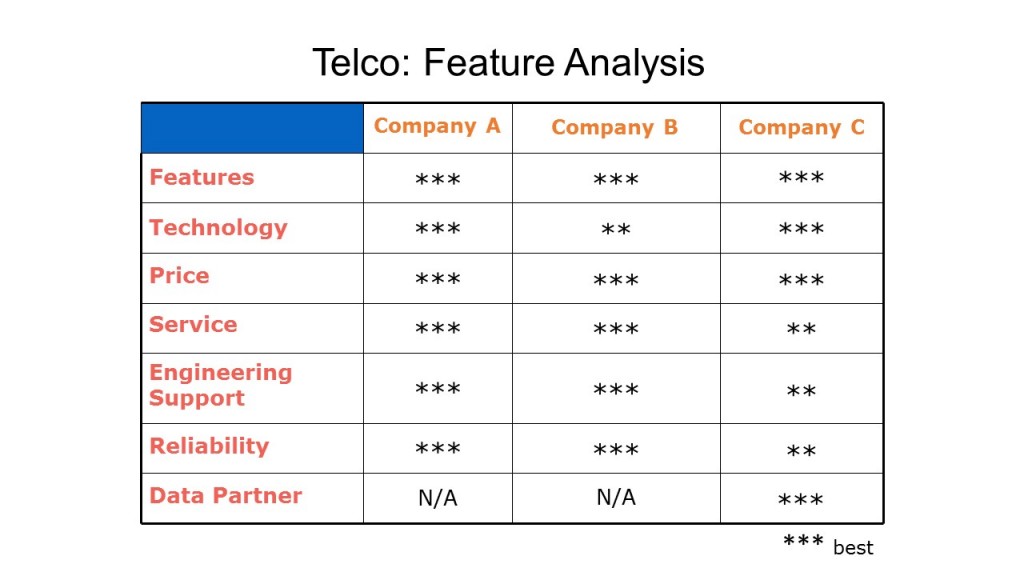 The feature comparison indicated that customers were impressed with Company C’s technology compared to Company B’s, in agreement with a key Board executive. However, since Company C’s architecture was different from our installed base, our installation, maintenance and repair crews would have to be specially trained, incurring additional time and expense. Company C also had a strong data partner that gave them a competitive edge, another reason the key executive wanted to acquire them. However, that partnership would cease if we acquired them.

The case for acquiring Company B was made even stronger when we weighted the seven features according to our customers’ preferences. 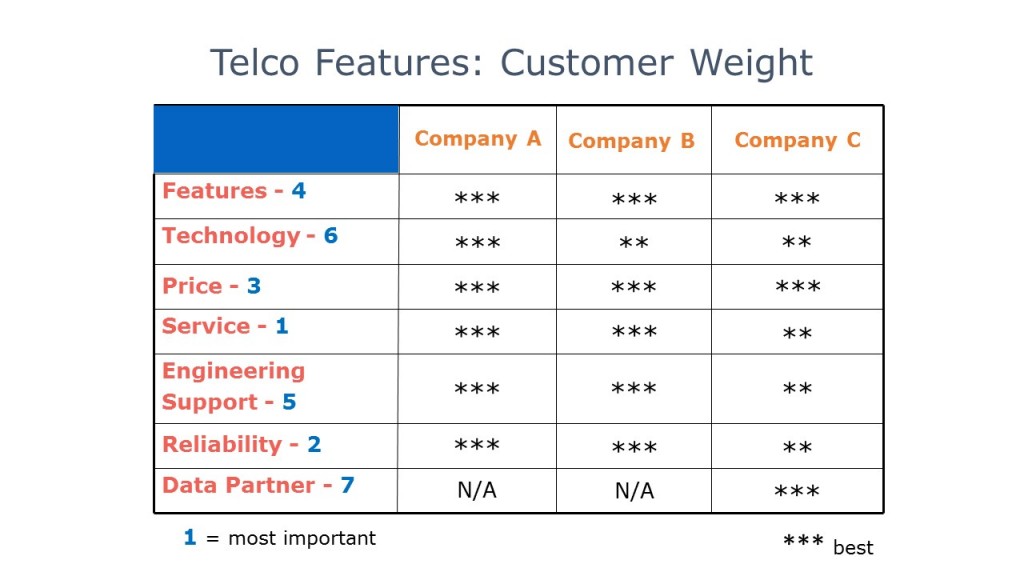 Customers weighed service and reliability, Company B’s strengths, on top; while they weighed the technology and the data partner, Company C’s strengths, the lowest. Our Board unanimously decided to acquire Company B (which had also been my choice).